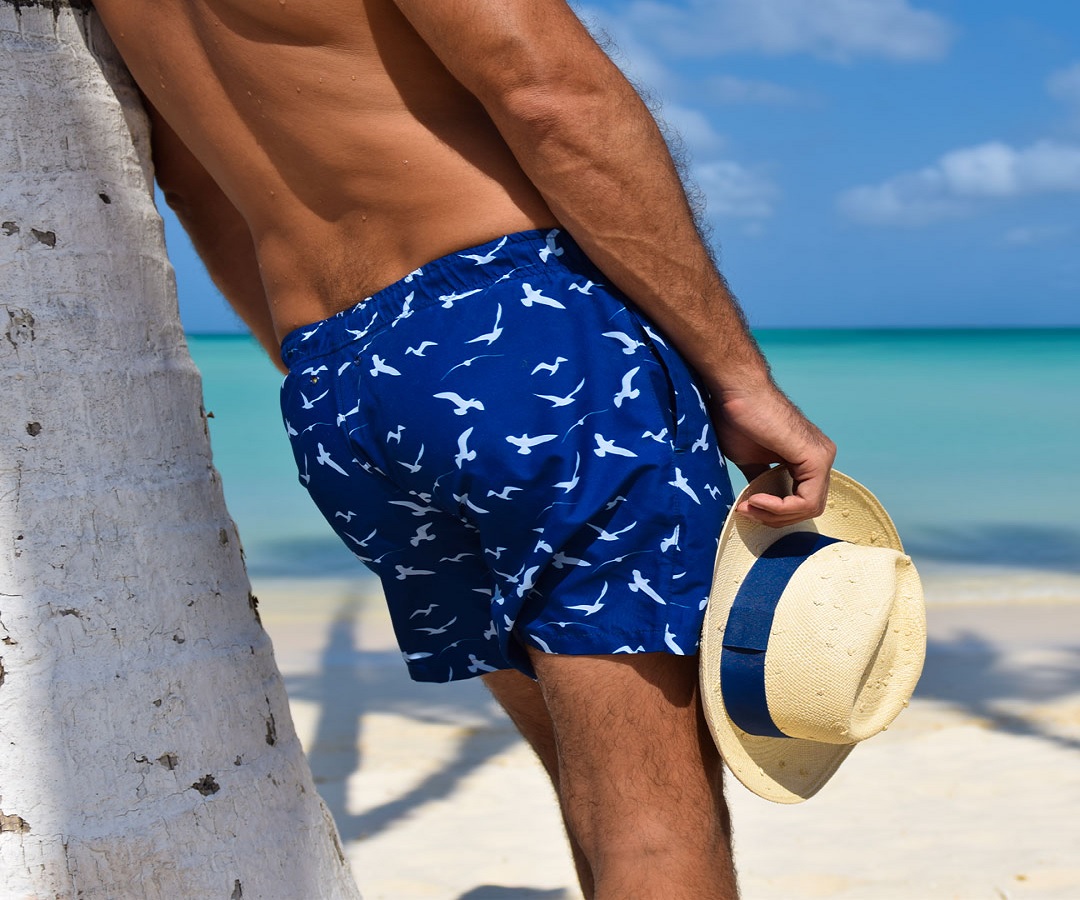 Micromodal trunks are designed in order to be worn by men while swimming. It came into the field of trendy fashion swimwear during the mid-1930s. Micromodal trunks came into existence in order to replace much bulkier types of swimwears that covers the entire torso of the male body and had often been heavy and hot to wear.  As men wanted to visit the waters in a comfortable wear that gives them a sense of freedom of movement while swimming, they started to protest these bulky swimwears that were legally required for swimming.

The swimmers of the old times probably wore nothing at all while swimming in the water. However, through various ages and cultures now it has been considered a custom of modesty to wear swimwears while swimming in the water. Therefore, legal restrictions have been imposed upon swimming and swimwear accordingly. During the nineteenth century, people grew to be very modest about exposing their body in public and therefore, decided to develop special bathing costumes for swimming. Though, the new era of journalists spoke against this heavy fashion and stated that wearing this heavy clothing to swimming is insane. But by the time they spoke out about it, swimmers have already started to wear those special swimming costumes. First of all men’s bathing suits were designed by the Jantzen company in the 1880s that weighed literally nine pounds.

Though, by the early 1900s men’s swim wear suits became more streamlined but still they were heavy and covered much of the body. In 1916, the beaches on Chicago’s Lake Michigan came up with some swimwear guidelines for men. They were required to wear men’s bathing costumes that had to be cut no lower on the chest than the armpits. The swim suit bottoms should have a skirt effect or a long shirt that has to be worn over the suit. The bottoms of the swimwear were restricted to be no more than four inches above the knee. A possible alternative to this was to have flannel knee pants with a belt and a vest. These certain guidelines were to be abided by and failure in doing so attracted penalties. Therefore, men’s swimwear experienced massive transformations over the years.

This kind of modest style started to change during the 1930s. The men’s swimwear fashion evolved when the invention of a rubberized thread called lycra was made. With the help of this rubber, a new type of snug-fitting bathing suit was made that created the existence of nude look into swimwear fashion on beaches. These swimming suits were one-piece that looked extremely glamorous and made swimming easier. However, men still felt something was missing because they always wanted to swim and relax on beaches bare-chested.

Due to this fantasy of men, in 1933 a men’s swimsuit called “the topper” was introduced in the market. This kind of swimsuit had a removable tank top that allowed the men to be bare-chested on the beaches like the way they wished for. After a few years of all these swimwear inventions, men were finally allowed to appear on beaches wearing just the trunks. Since then there has been no looking back for the swimwear fashion industry. Now, micromodal trunks are the new trend and men love to wear them while swimming as they are super comfortable and redefine the swimwear options for men. From heavy swimsuits to micromodal trunks, men have experienced it all and they don’t get tired saying that micromodal trunks are the best. We at xyxxcrew.com make sure men fall in love with comfort while swimming. Therefore, we offer a wide range of swimwears that will make them go Gaga over swimming.

5 Types of Sneakers for the Shoe Loving Girl

Mon Mar 1 , 2021
Shoes for women have come a long way and fashion trends have evolved too. But it is the women’s sneakers that continue to be a woman’s ultimate companion for her precious feet. Sneakers can be work casually, while running, walking, going for a trip and so on. The range is […]